You might say Daylight is a curiosity: A leading global design agency that doesn’t seek growth for growth’s sake. 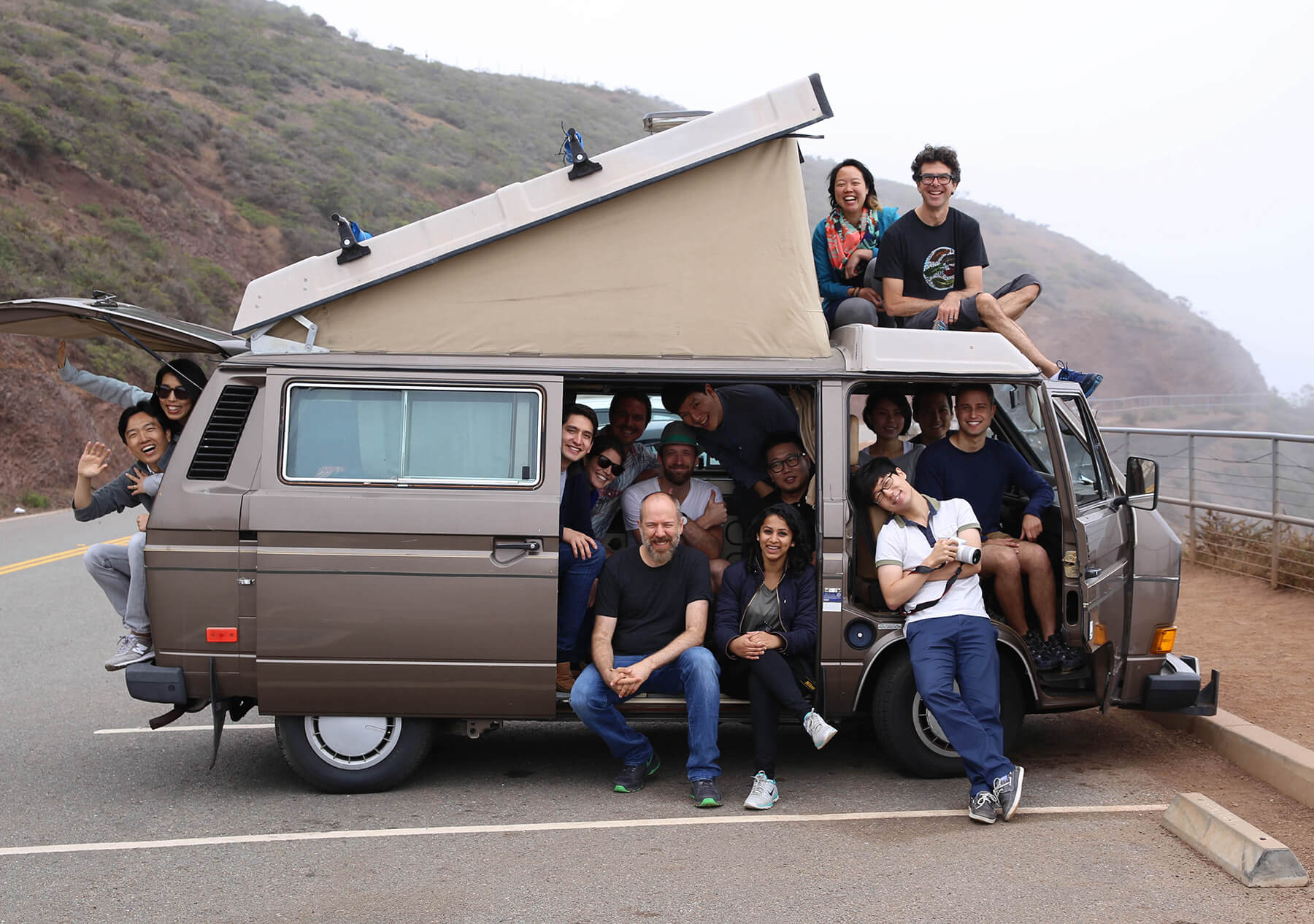 Daylight was started by a handful of design leaders who bonded a decade earlier in design school. Their reunion came from a collective reckoning – ten years had honed their craft, but their trajectory into senior leadership at design organizations kept them from doing what they loved. In their heart of hearts, they were designers who wanted to roll up sleeves and work directly on impactful project work.

So they started something small. So small, you could squeeze everyone into a Volkswagen bus. At that size, passionate designers can stay tightly connected and inspired. That boutique studio attention alloyed with big agency experience also made a lot of sense to clients.
‍
Daylight’s global presence stemmed from the international friendships forged years ago in design school. Daylight is now a diverse team across San Francisco, Seoul, and Munich, all connected by a common passion for doing compelling, impactful design. Daylight can’t fit in a Volkswagen bus anymore, but driven by the same principle, each studio stays small enough to pile into a school bus.

Twelve years into the journey, Daylight continues to thrive as what may be the world’s smallest multinational design agency. It was created to allow designers to do work they believe in. But perhaps because it’s been designed in just that way, it seems remarkably capable of creating outsized impact with its clients. 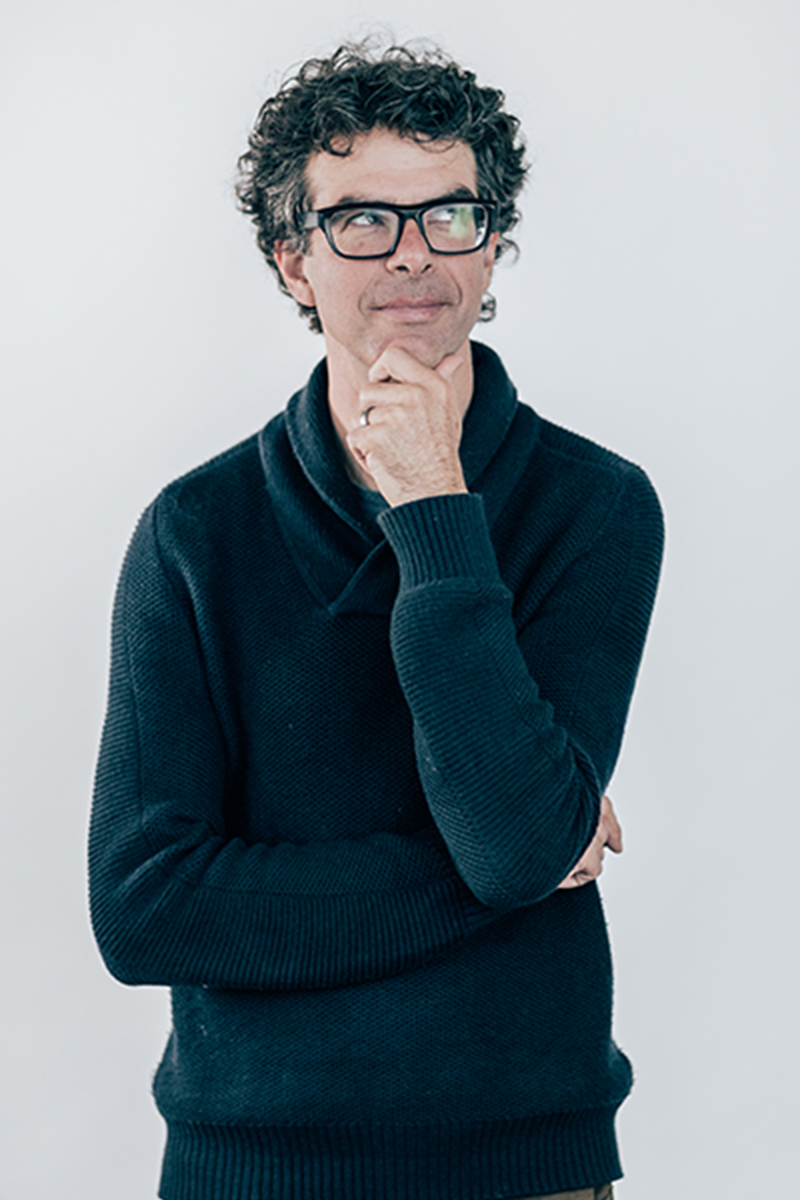 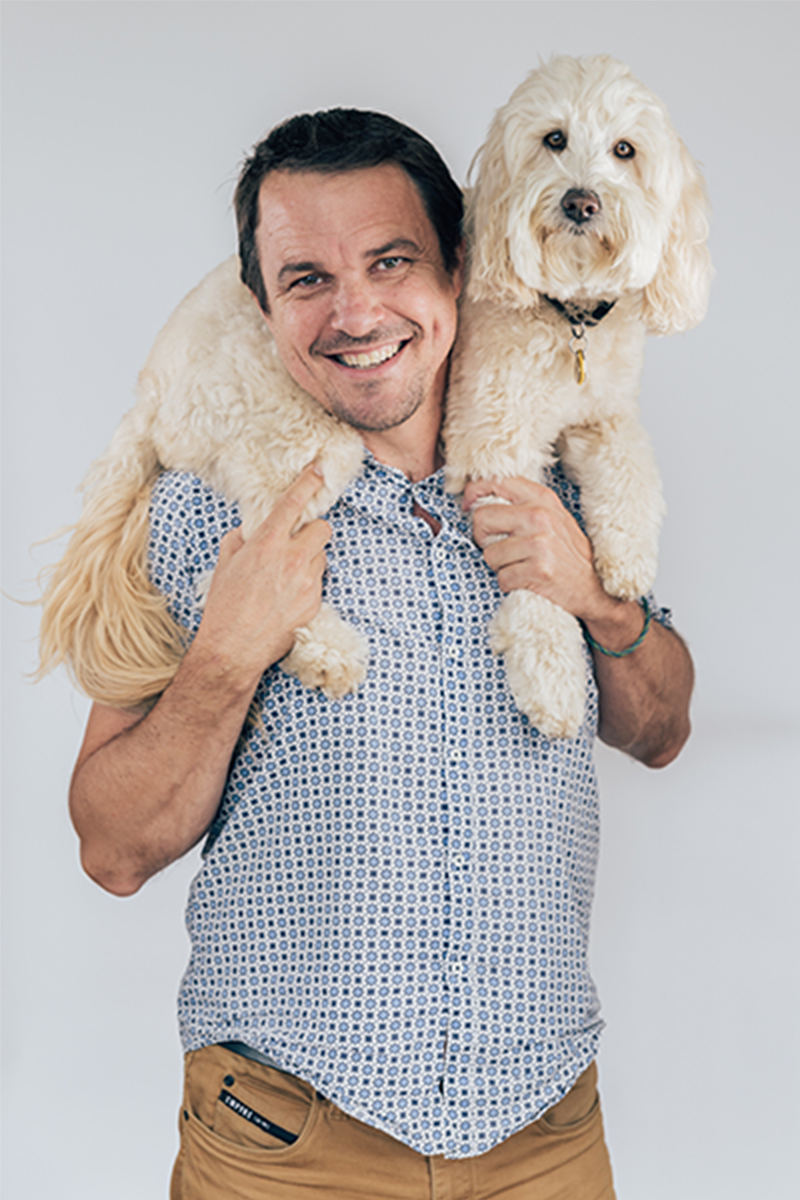 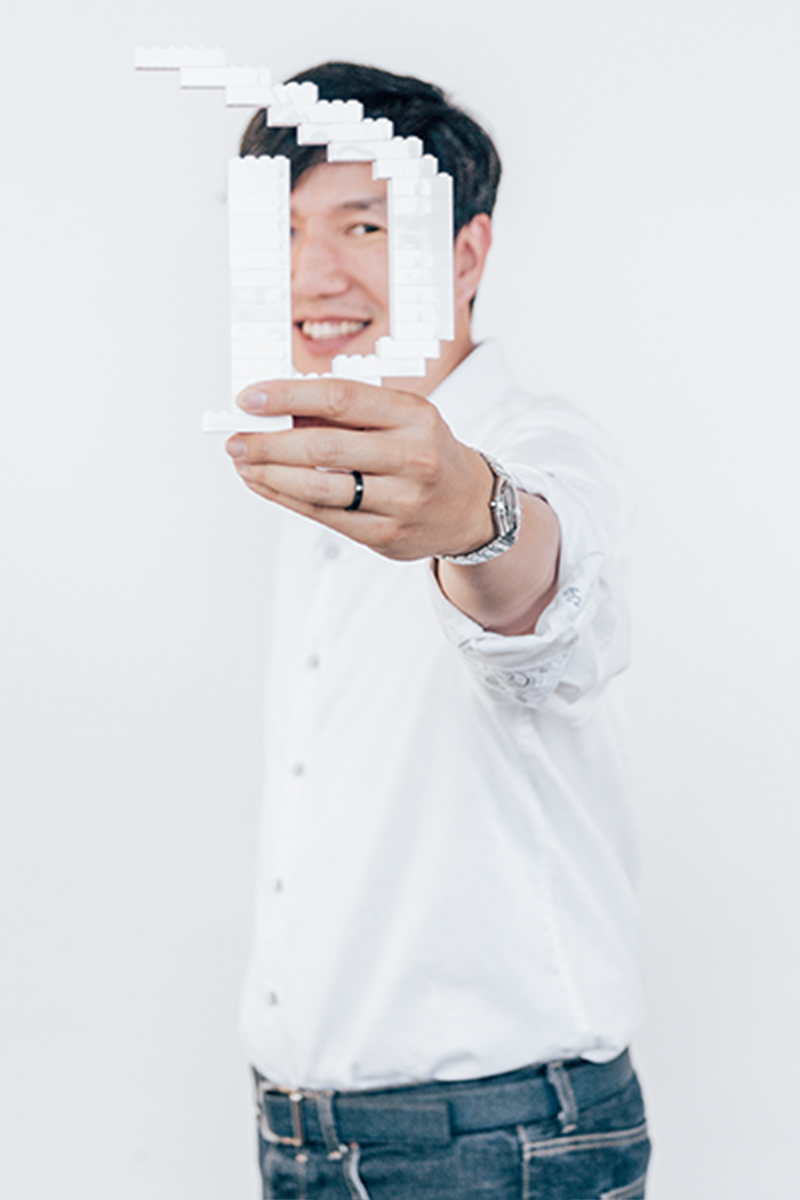 Partner, Seoul
Prior to joining Daylight in 2013, Dan was CEO of Nexon America, the U.S. subsidiary of Nexon, a $21B global online game company. He also spent many years at IDEO as a product designer, engineer and a leader in managing business development and client relationships in Asia. Dan has a Bachelor's degree in Mechanical Engineering and Master's in Product Design from Stanford University. 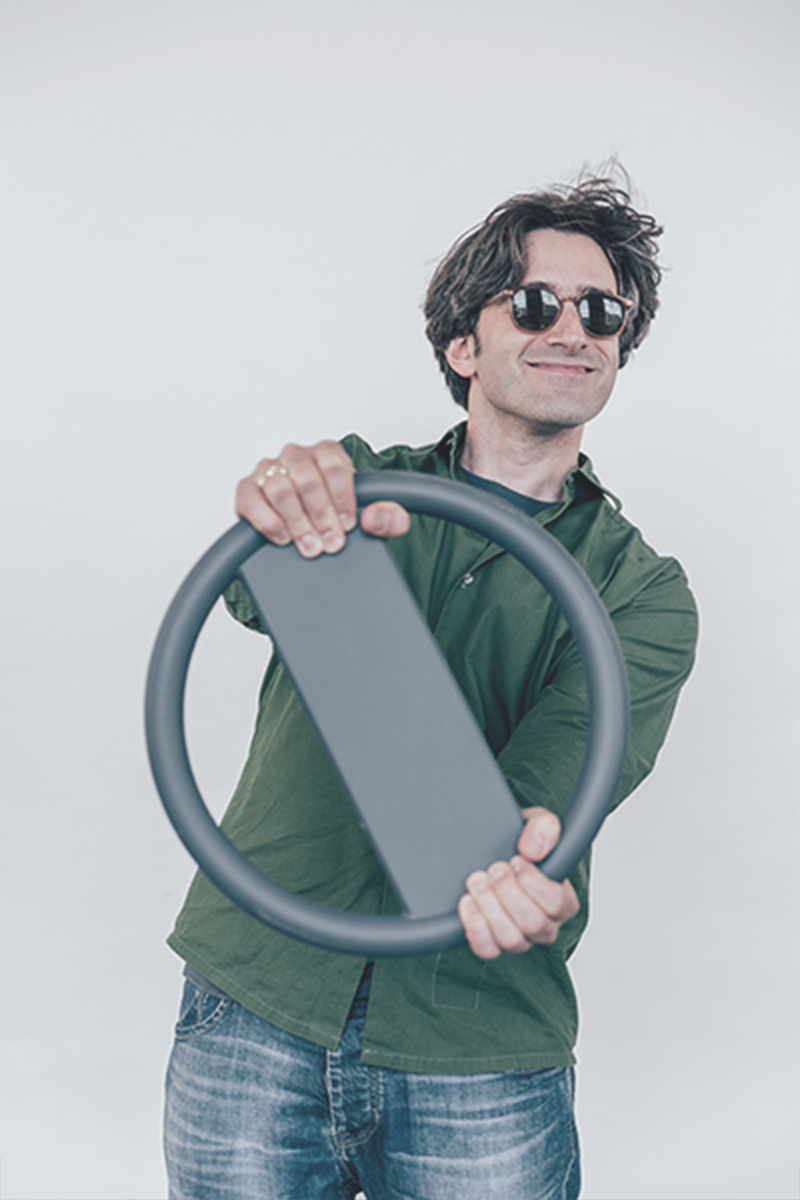 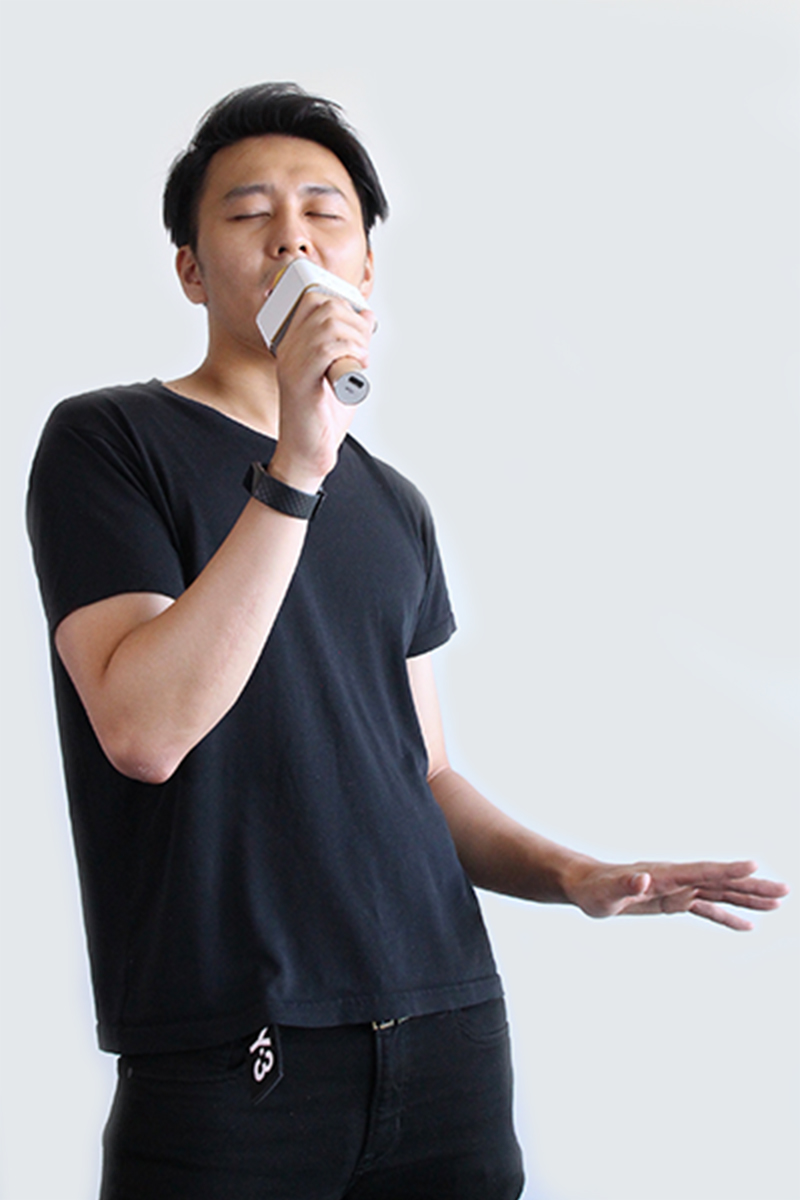 Designer, San Francisco
Aron is a user experience designer who aspires to bring happiness to people through compassionate empathy and human-centered design. Prior to Daylight, Aron worked at various companies ranging from small non-profit like PeaceGeeks to large corporations such as Facebook. Aron holds a bachelor’s degree in Interactive Art and Technology from Simon Fraser University.

Designer, Seoul
Boram is a designer who is highly conscious of the designer's role for society. Prior to Daylight, she had a lot of experience in social impact design projects at ID+IM Design Lab., KAIST: designing for both non-profit organizations and corporations. Boram holds Bachelor’s and Master’s degrees in industrial design from KAIST.

Designer, San Francisco
David is a lead visual designer at Daylight’s San Francisco office. Prior to joining Daylight, he was a senior communication designer at Eight Inc., working with Fortune 500 companies such as Apple, Citibank, and Nike. As an independent designer, he worked with fast-growing startups including Omio, Scoot, and Flexport. David holds a Bachelor's Degree from ArtCenter College of Design. 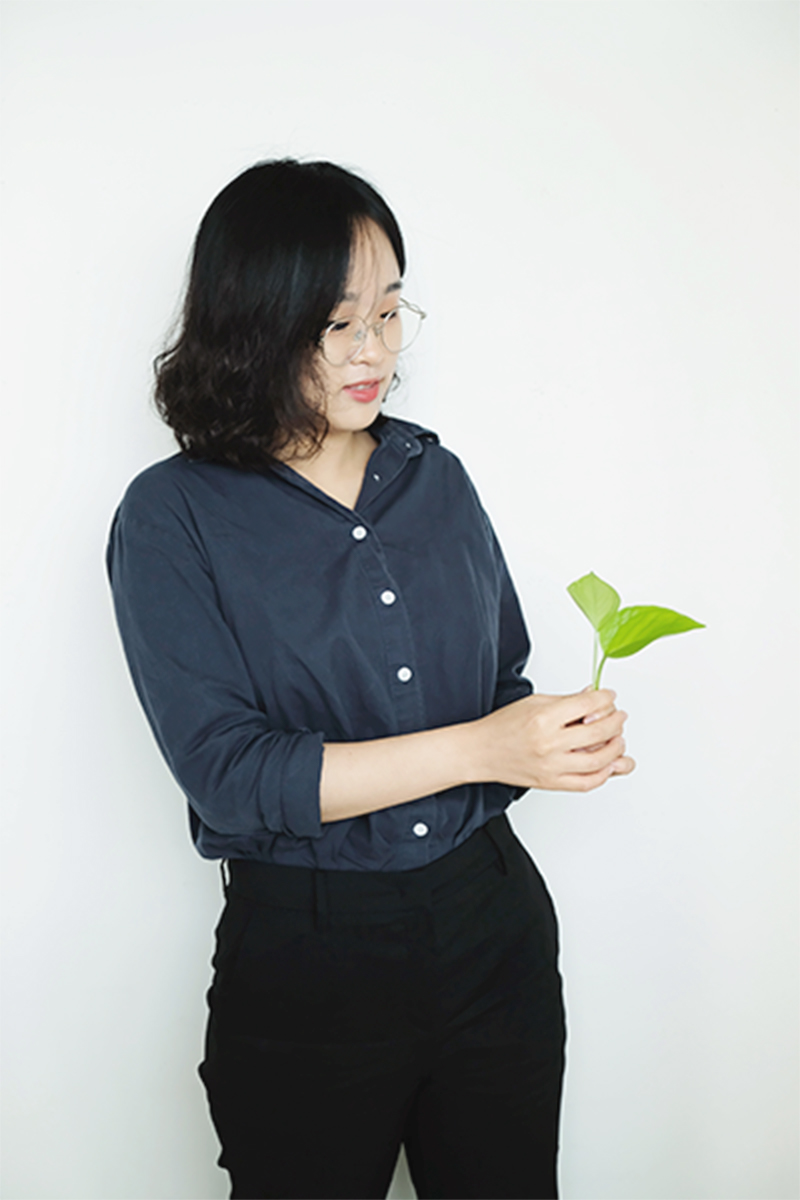 Designer, Seoul
Doyeon is a user experience designer who believes design can be a bridge between people and their various needs. She discovers insights and delivers solutions based on her understanding of user research and technology. Doyeon holds a Bachelor's degree in Information and Interaction Design and in Computer Science from Yonsei University.

Designer, Munich
Eduardo is a designer with a background in graphic design and web development with over 8 years of experience developing digital solutions in partnership with companies in South America and Europe. Eduardo holds a bachelor’s degree in Design from UFPE, Brazil and post-graduation studies in Interaction Design at the Umeå Institute of Design, Sweden. 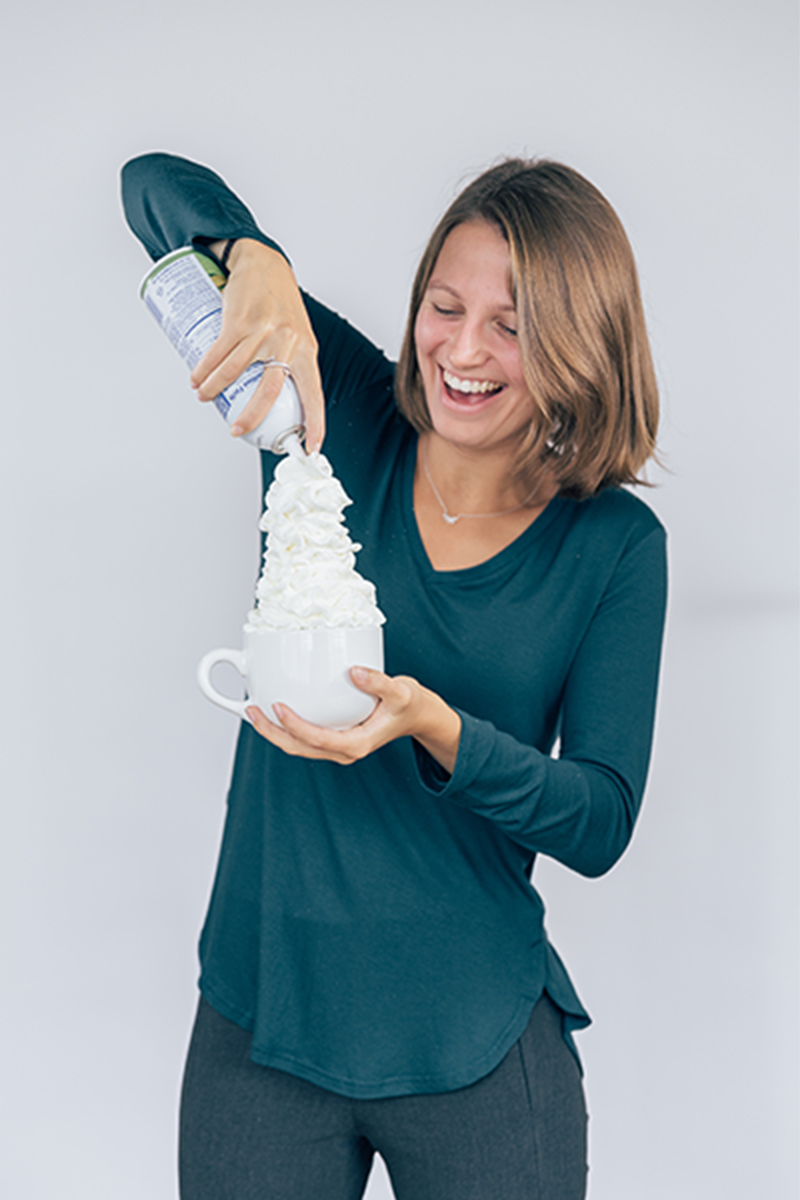 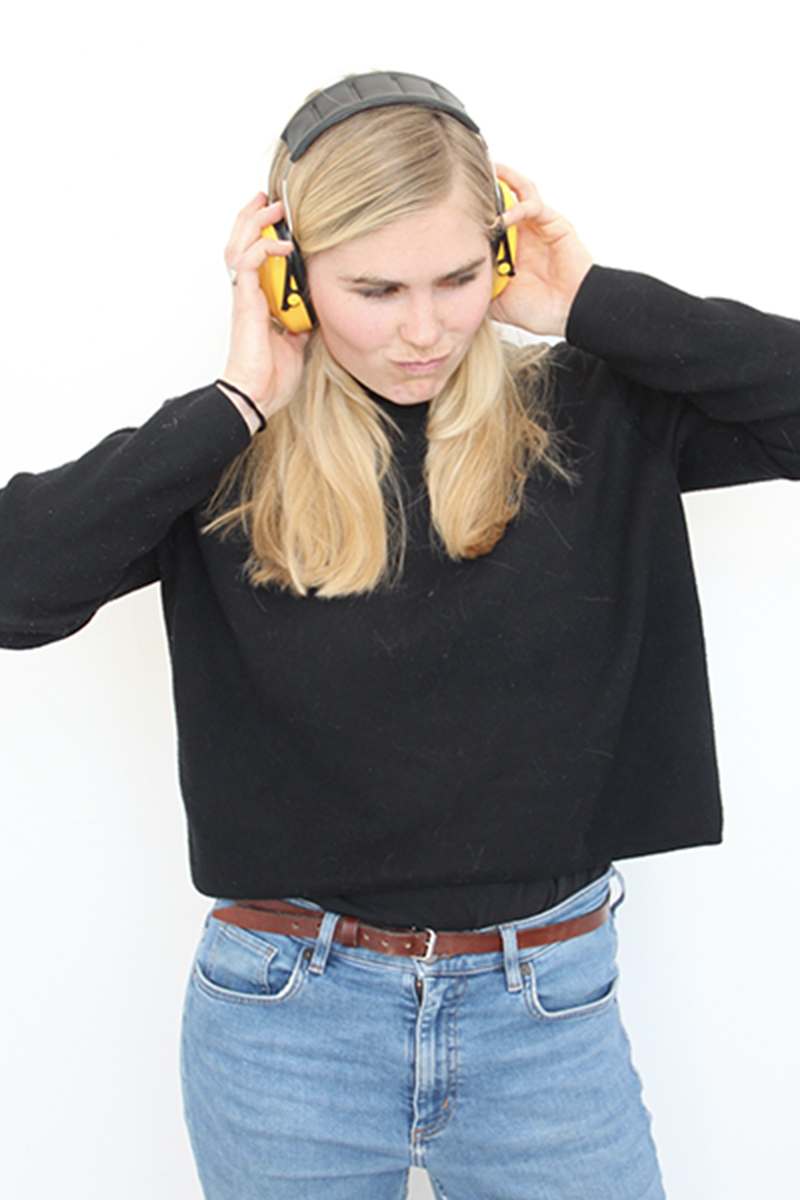 Designer, Munich
Johanna is a product designer who loves to combine her skills in visual design, prototyping and design thinking to work towards social and environmental change. At Daylight she is involved in research activities as well as concept development, illustration and visual implementation. She holds a Master's degree in Industrial Design from TU Munich and a Bachelor's degree in Product and Process Design from the Berlin University of the Arts.

Designer, Munich
Julia is a passionate design researcher and project leader, who wants human-centered innovation to make a difference for people and the planet. Prior to Daylight, Julia led the research team at design firm gravity, worked as an assistant director in the film industry and was a researcher at IDEO. Julia holds a Master’s in Political Science, Intercultural Communication and Spanish Literature from Munich University. 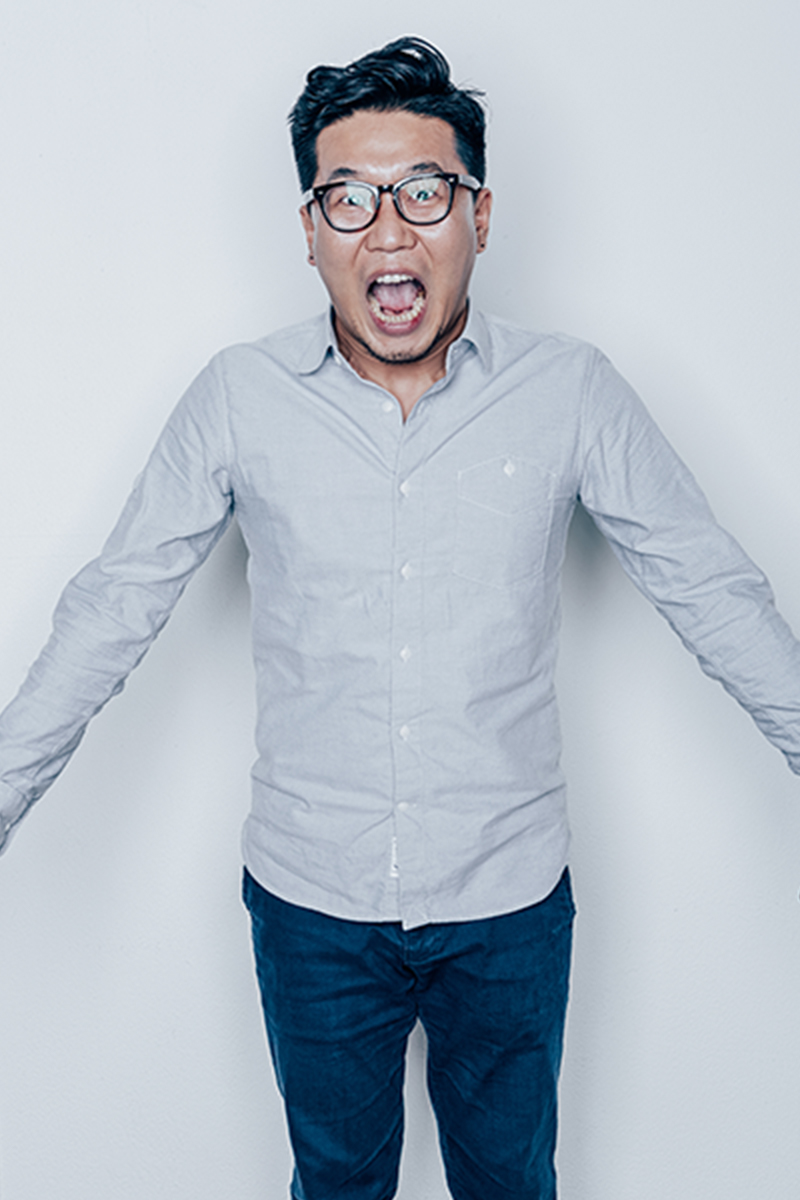 Creative Director, Seoul
June is a brand director at Daylight’s Seoul office. Prior to joining Daylight, he was Brand Creative Director at Daum Communications, one of Korea’s leading online platforms. With over 15 years of experience and several international awards, June focuses on revealing the soul of a brand through design. 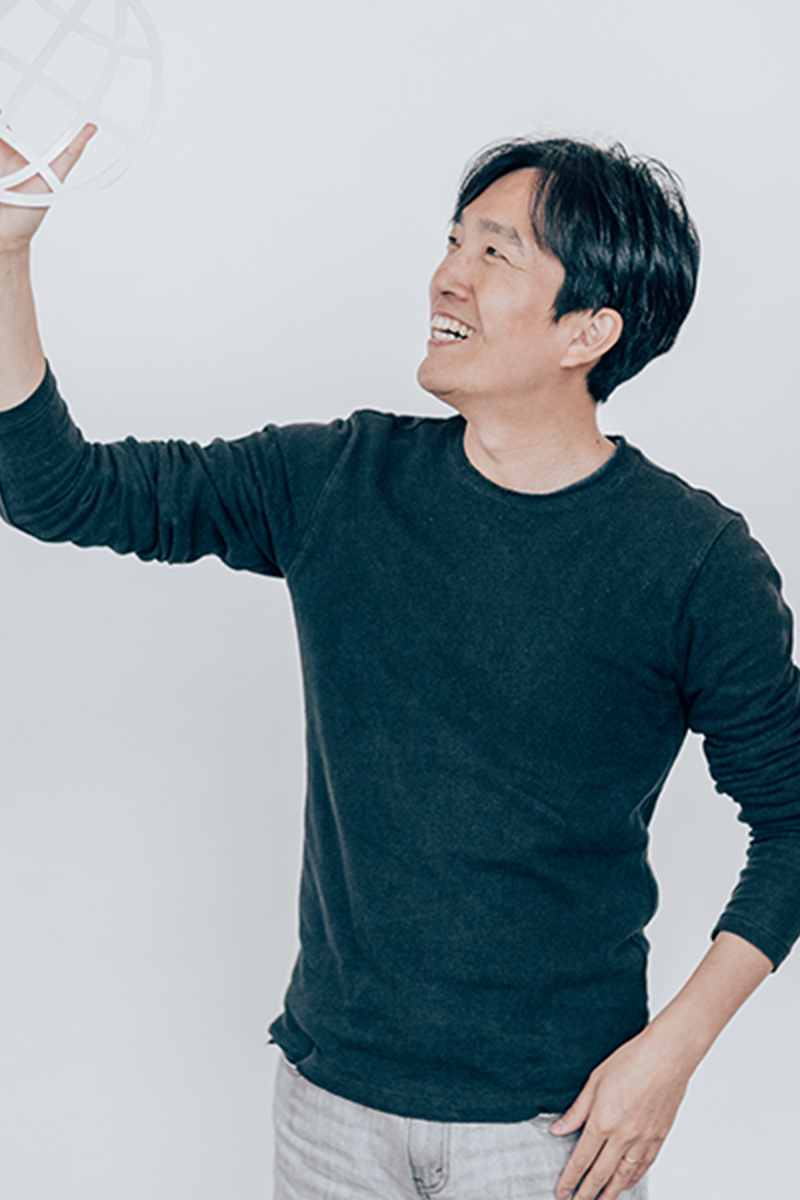 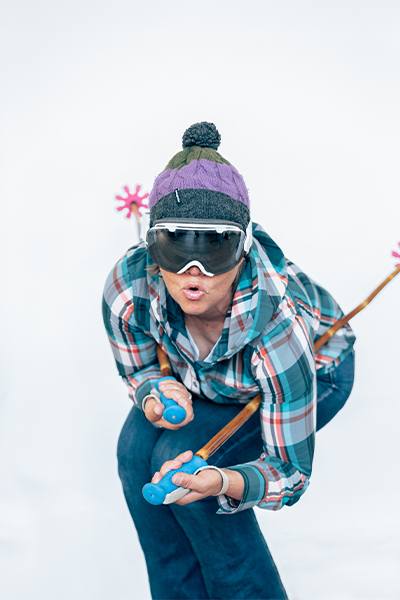 UX Director, San Francisco
Marion is a UX director in Daylight’s San Francisco office. Prior to Daylight, Marion has been a UX leader at IDEO and a fellow IDEO.org. She did her graduate work at the Royal College of Arts and has lectured about her craft at Stanford, UC Berkeley and CCA.

Designer, Seoul
Monique is a user experience designer at Daylight’s Seoul office. Prior to joining Daylight, she was at MyRealTrip, a Korean travel startup as one of the early designers to bring the company to huge growth. Monique holds a master’s degree in entertainment technology and a bachelor’s degree in communication design at Carnegie Mellon University. 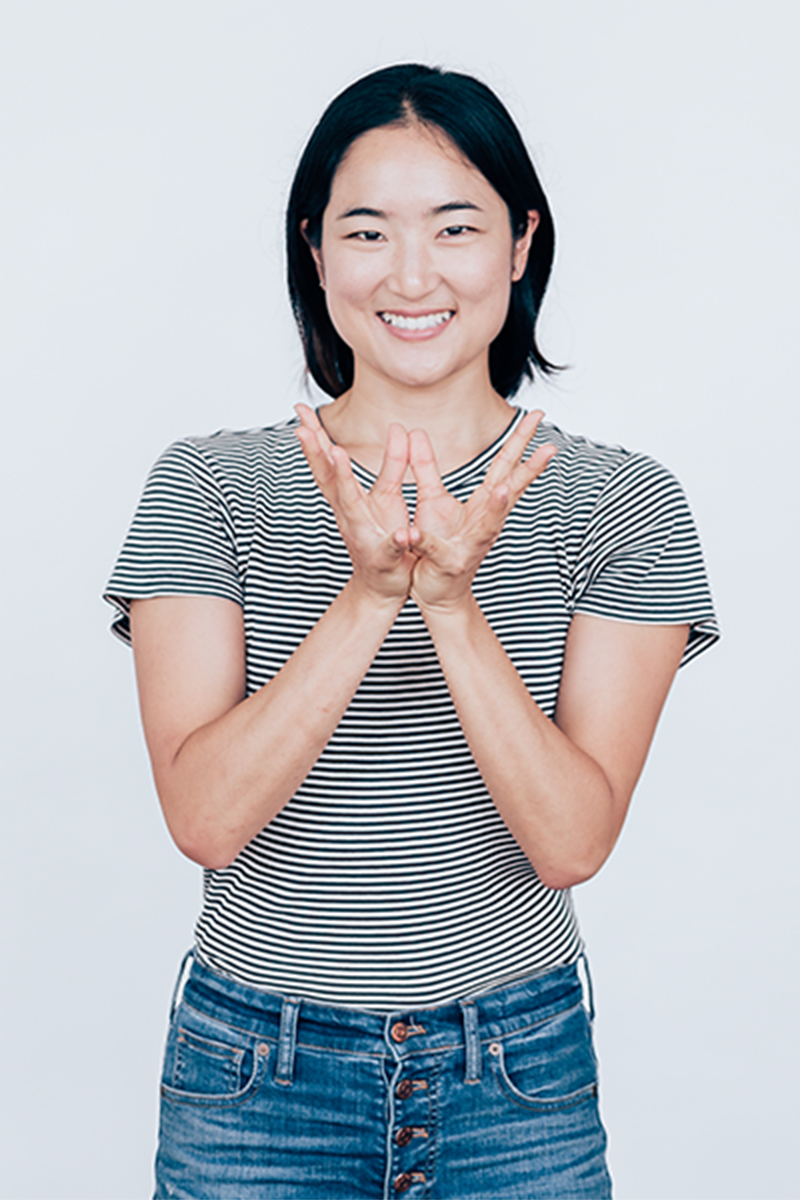 Designer, Seoul
Minjeong is a user experience designer who has taken multiple products from concept to launch. Prior to Daylight, she was at Coursera, a company that spreads higher education online, as the founding designer and design manager. Minjeong holds an MFA in product design from Stanford and a bachelor's of fine art at the University of California, Berkeley. 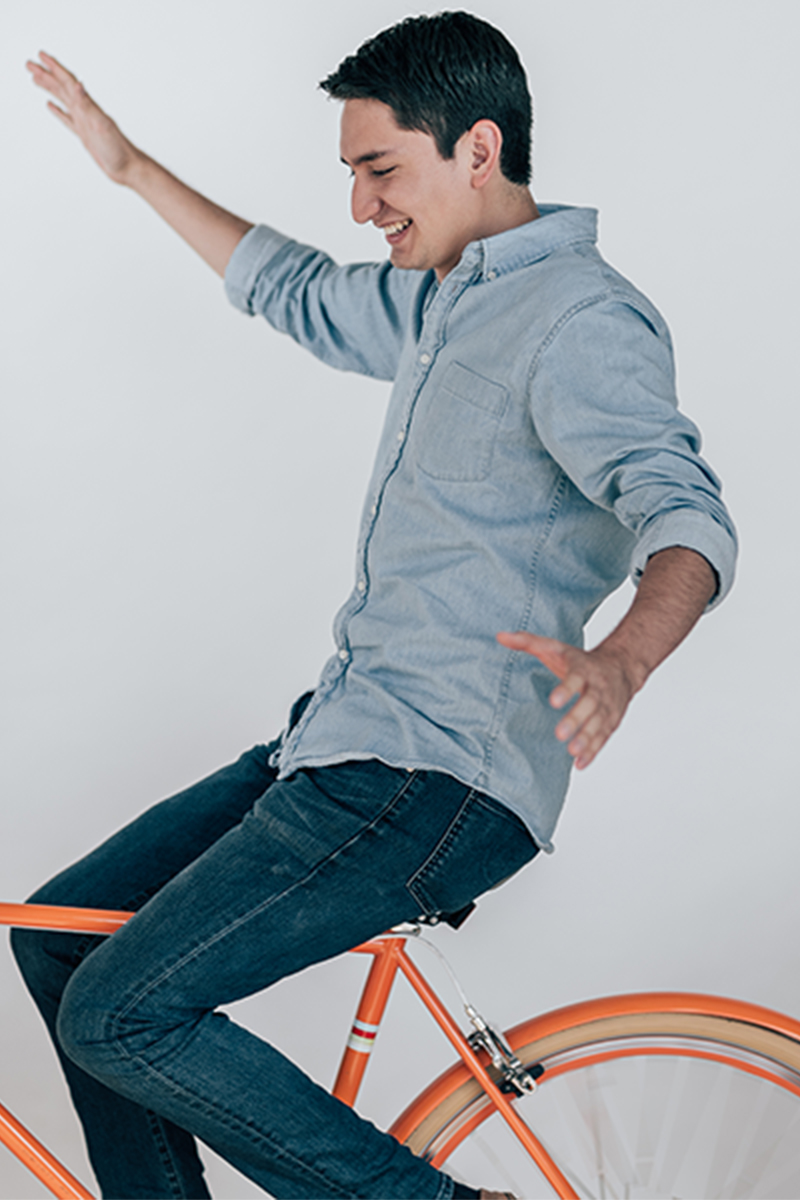 Designer, San Francisco
Pablo is a versatile product and industrial designer. He’s lived in many countries including Mexico, Japan, and Singapore and consistently brings curiosity and cultural empathy to his work. Pablo holds a BFA in Industrial Design from the Rhode Island School of Design and has completed master-level coursework at the Politecnico di Milano in Italy. 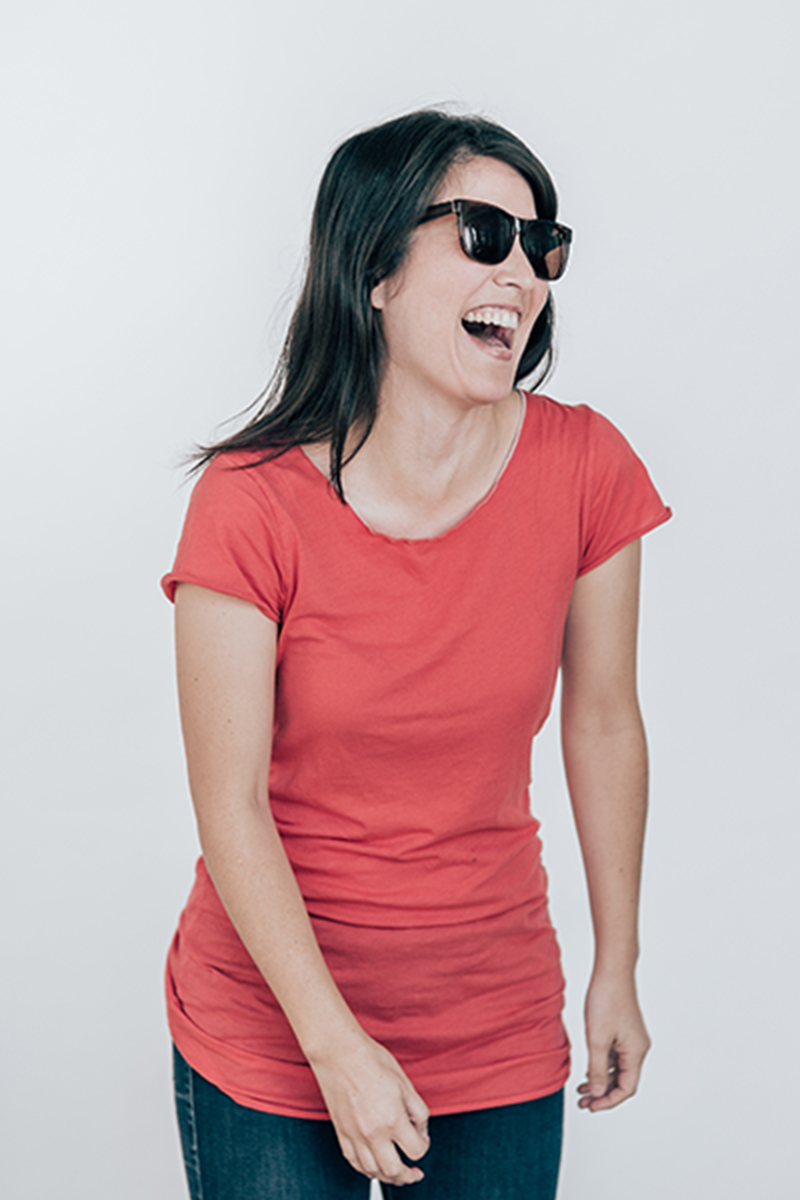 Designer, San Francisco
Rachel is a strategist and user experience designer with a background in graphic design and research. Prior to Daylight she worked with Cooper Hewitt Smithsonian Design Museum and SonicRim Global Design Research. Rachel holds an MFA in design from California College of the Arts.

Director, Munich
Sabine is a licensed physician with longstanding experience in management consulting and a passion for human-centered design. For Daylight Sabine coordinates business development with a strong focus on health & wellness and organizational development. 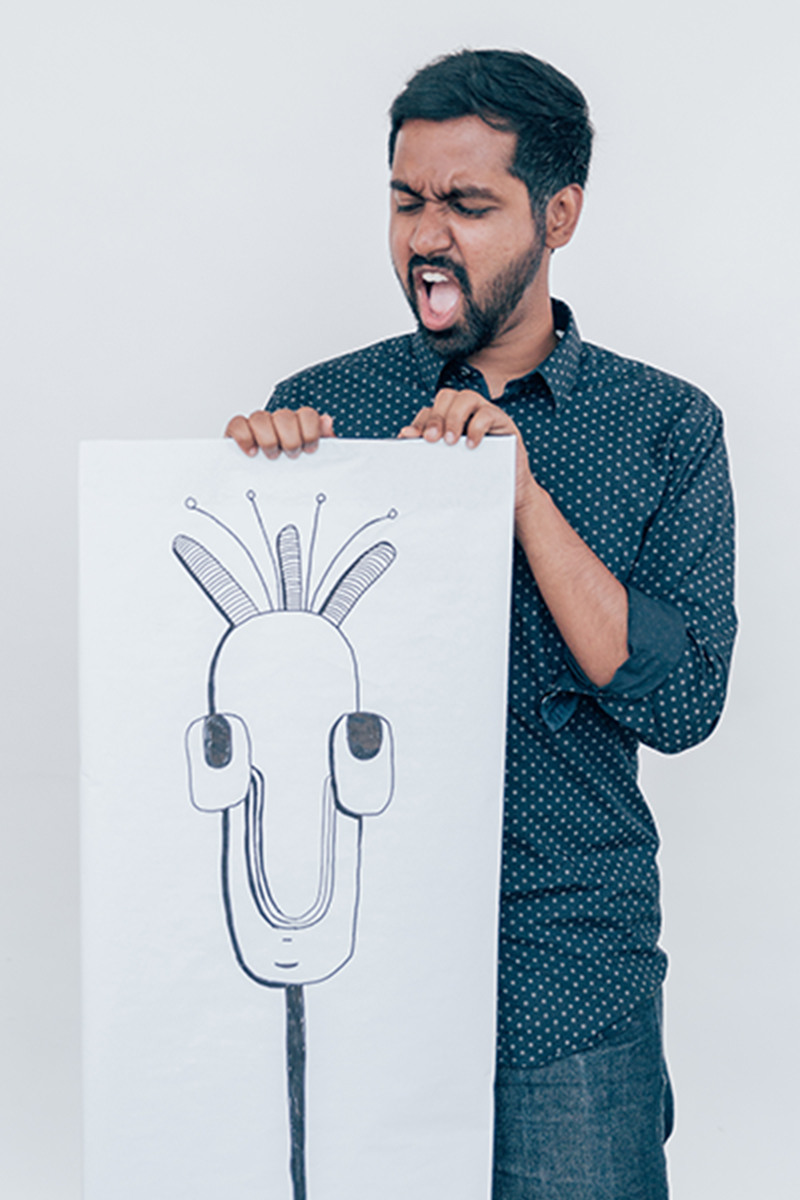 Designer, Munich
Siddharth is a multidisciplinary designer who finds joy at the intersection of graphic, communication and interaction design. He previously worked with Designit in Copenhagen, and Siemens Research in Princeton, USA. Sid holds a masters in design from NID, India + HH Hannover, Germany and a bachelors in architecture.

Strategist, Munich
Tom is a seasoned design researcher and strategist with over 25 years of client experience spanning numerous industries. Before joining Daylight Design, Tom has led design projects with leading international consultancies like Doblin in Chicago and IDEO Munich.